With the mountains and chill behind us, combined with dodgy tummy and tourism stops, we needed to turn around our pitiful weekly average of under 400km or our American dream would be over. At our current rate we’d never manage the coast to coast across the Southern Tier let alone reach Miami with a couple of days spare to visit the crocs and ‘gators in the Everglades.
We pored over the map, calculated where the time had gone and the progress we needed to make each week to achieve our goal. The hills, and headwinds cutting our speed in half, together with the bitterly cold sunrises where we delayed going out in the -5C temperatures, had all taken their toll. True enough it’s the journey not the destination that’s the key thing but we had always assumed we’d actually reach the destination.
The new plan was good. I’d divided the distance to go into weekly achievable chunks. Just hit our targets and we’d get there. We’d already managed over 600km across southern Texas in the first replanned week. 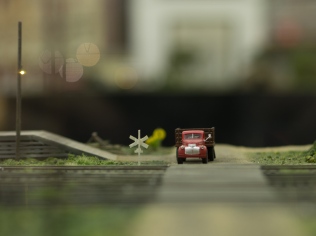 OLYMPUS DIGITAL CAMERA
Houston was our first stumbling point when our fabulous Warmshowers host, Ryan, suggested a whole heap of things and places to see, plus the NASA museum that we had penciled in. That’ll be one extra day then. Ryan pointed out where, a while back ,his neighbourhood was flooded a yard deep. This time, Houston had a different trick up it’s sleeve – freezing rain. A new one on us – the rain freezes as it reaches the ice cold ground. Roads were closed due to the ice, others looked like a guaranteed tumble with fully loaded bikes as sections of ice stretched across the carriage way.  What, no gritting machines? Apparently not. Houston rarely gets weather like this we’re told. There goes another day enjoying Ryan’s hospitality again. 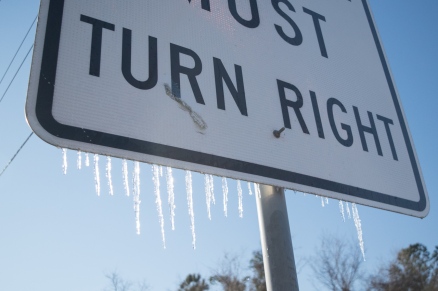 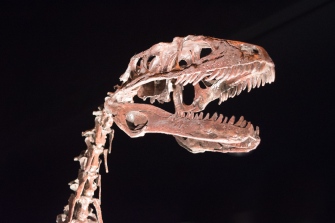 OLYMPUS DIGITAL CAMERA
Our whistle stop tour of Houston’s eccentricities was only capped by our sitting in the auditorium and gazing in on Mission Control at NASA. Six photos, we were told, was the computer power with which men were sent to the moon as we gazed in at the control panels, electronic screens and large computer room downstairs. 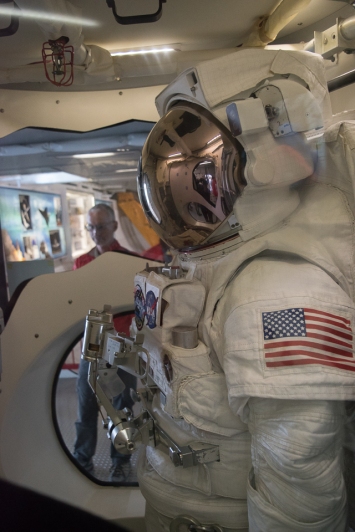 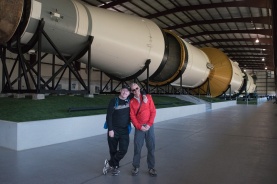 OLYMPUS DIGITAL CAMERA
Gid clearly remembered staying up late in 1969 to watch the moon landing at whatever o’clock in the morning. Not so Gid’s Dad says – he was asleep in bet, as a six-year-old should be.
On week two of our knuckling down program we were already two days behind schedule and then the headwinds kicked in. Our weekly mileage was back to being pitifully low.
I’d already declared that 80% of the time we were up against headwinds but Gid thought this was an exaggeration. Checking the wind direction over the next ten day forecast it was clear that I was wrong. It was 90% headwinds! Where were those favourable winter westerlies?
Having spent thirty odd minutes tapping away on his phone, Gid announced in a melancholy tone that we couldn’t easily catch a bus out of here either. The Greyhounds had always been our fall back plan but they were about as awkward as shipping bikes on airlines, it seems! And where were we going to get bike boxes from in the tiny towns we were passing through? Yet, we’d have to reach the Atlantic Ocean before trains would help us out. We were stuck with endless days of headwind. Plan A – knuckle down and grind out the miles. 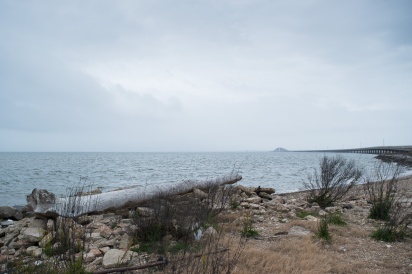 We found camping in this area difficult. Wild camping isn’t very accepted, and there’s little unfenced, never mind unclaimed land. Wild camping in such areas, besides being a little nerve-wracking, also requires the hunt for a stop to being maybe two hours before sundown, which isn’t helpful when trying to churn out good mileages. RV sites would increasingly refuse us as we approached Florida. Cheap motels became scarce, then vanished altogether in southern Florida. And – alas – we also find that at our advanced years, too many days crawling on the floor does our backs no good. Yet some of the campsites were lovely, especially Florida’s State Parks, rich in wildlife, though an alligator bellowing 30 metres away from the tent is a little unnerving. 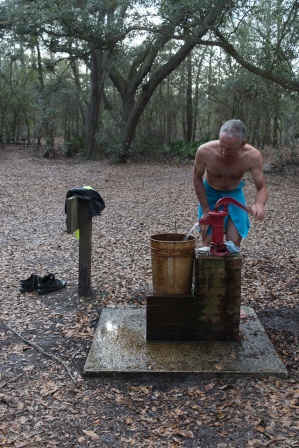 Pumping up river water to be able to have a wash

A visitor at dusk

Fortunately, WarmShowers gave us a string of prearranged cosy overnight stops providing us with some respite from camping, and more hours to pedal in.  It’s been the kind people who put us up who have made the highpoints of the trip from Texas into Louisiana, Mississippi, Alabama and into Florida.

And finally the headwinds eased.

2 comments on “Knuckling Down”